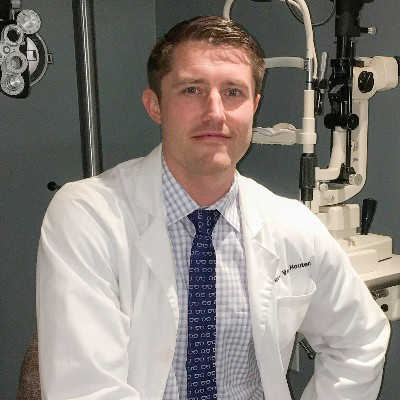 Dr. Kevin Van Houten has come a long way to make Kincardine his home. Originally from California, he earned an Honours Bachelor of Science degree at the University of California, Santa Cruz in 2009. He studied cellular biology in a cancer/stem cell laboratory for 3 years before changing focus to optometry in order to use his science background to engage directly with people. He earned his Doctor of Optometry degree in Chicago at Illinois College of Optometry. In his spare time, he enjoys exploring the outdoors with his Old English Sheepdog, Lucy.